This first post is just by way of an introduction and an explanation of the point of this blog. Firstly, I have to get something off my chest. I am a lapsed gamer. There, I said it. I’m not proud of the fact but you can count in decades the intervening years between the dice rolling days of my formative days and this post. But all that is changing. The dice have called me back.

Lockdown has been difficult for many people but the biggest realisation for me was how much I missed the fun and sociality of table top games and RPGs. To this end, myself and a like minded friend decided to get into Gaslands in the middle of last year, a sort of Mad Max, dystopian driving game which seems to be the modern day descendent of Road Wars from back in the day. And we have been having a blast. Figuratively and literally. And that has seemed to have set rather a large, opening scenes of Raiders of The Lost Ark type, ball rolling.

I grew up playing D&D in the late 70’s, dabbled with Traveller, I even tried GURPS but it was Runequest which always appealed to me. Something about its low-tech blend of the ancient world we find in our own history books, the more logical shamanistic approach to magic, the % skill system rather the clumsy and illogical level system and the rich narrative which acts a background. And so with money saved from not being able to enjoy the occasional pint or hang around in coffee shops, I purchased the three tomes which make up the forth edition the rules. Relieved that the powers that be have seen fit to merge the original setting with the evolved version of the rules.

And so basically, that is the starting point for this blog. A place to discuss two people’s return to the gaming table… not to mention the modelling desk. Feel free to comment, I’m keen to learn, I have a lot of catching up to do.

5 thoughts on “A View From Above – I: Greetings and Salutations” 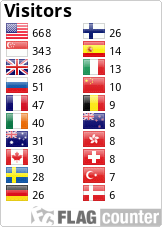